Just a brief post this one to document a rather odd experience with Windows Server Backup on a 2008 R2 server.

Although Windows Server Backup doesn’t natively support email notifications (Microsoft, hang your heads in shame), we always set up another solution to send an email triggered by the backup success or failure event. One server stopped sending these emails, so we logged in to see what was going on. Fired up the Backup MMC snap-in and found… well…nothing, it was hung:

So fired up Sysinternal’s Process Explorer (task manager on steroids) to see whether backup was doing anything. This confirmed that the Windows Backup Engine (wbengine.exe) was running, but using very little resources and not actually reading or writing anything of interest:

The wbengine.exe process couldn’t be terminated from PE or taskman, so we double checked from the command line:

The excuses given by taskkill were contradictory, but confirmed our general opinion that something rather odd was going on. Running WBADMIN STOP JOB threw up yet another interesting and unusual error – ‘server execution failed’: 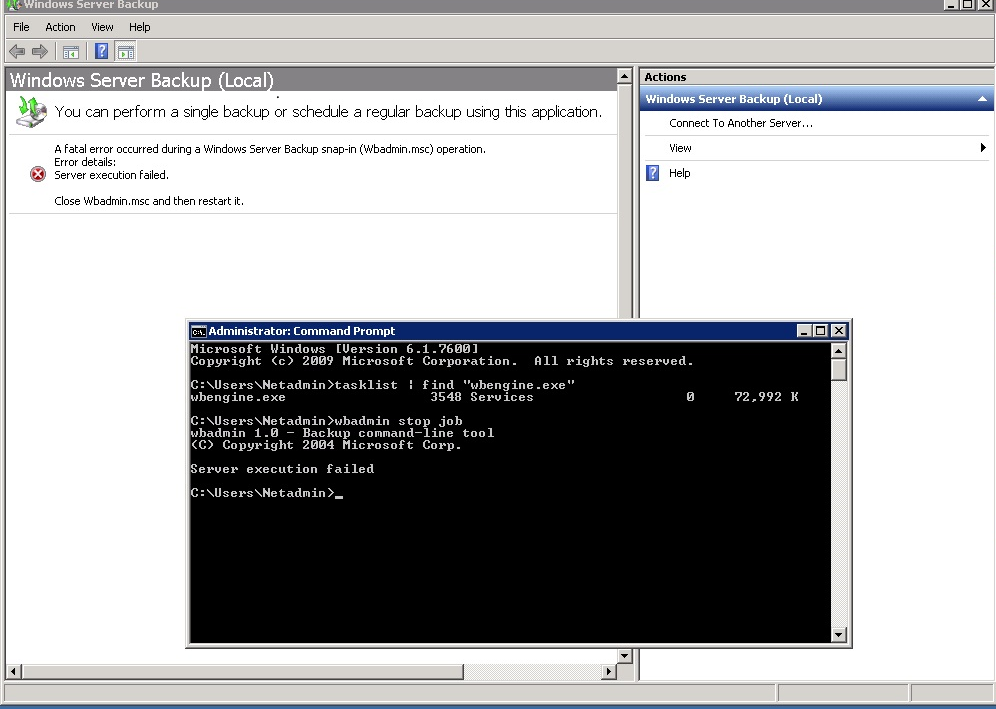 By this point it seemed that trying to make it play nice was something of a waste of time. We scheduled a reboot out-of-hours with the firm opinion that it’d feel much better for restarting, bounced the server that night and lo and behold, fully functioning backups once more.

If anyone has any idea what could have caused this, please drop us a line or comment below, because we’re a little baffled!